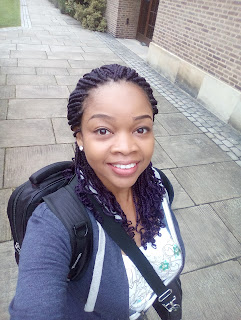 This time last year, I was broke, busted and disgusted. I had no job (had resigned the one I had to attend the YALI programme in Ghana which became a blessing as it contributed to my qualification for a scholarship). One year is gone. I'm in the UK for a Masters programme at the University of Nottingham on a 100% tuition scholarship. God is faithful.

Shopping List
My shopping list consisted majorly of foodstuff. I haven't forgotten how McDonald burgers dealt with me in 2002 when I visited the U.S.A. This time I would be staying no shorter than one year. I had to have a plan to maintain my belly line. I made sure I got the things I would be missing most (Cabin biscuits) and ground crayfish, pepper, Egusi, and Ogbono since I heard those are neither easy nor cheap finds over here. 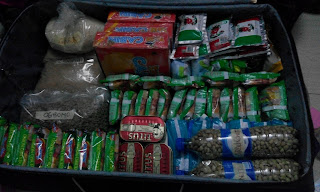 I hadn't weighed my bags at home. I was too busy packing. Getting to Murtala Muhammad Airport, my box weighed 38kg, travel bag 14kg, hand luggage was 12kg and bag pack about 10kg. Now I had a maximum allowance of 2 bags, 25kg each and 2 hand luggage 10kg each. I had to buy a Ghana-must-go sac for 1000 Naira, put my travel bag in it and unloaded the extra load from my box in it. At the end I had 50.8kg total for my checked in luggage and 23kg for my hand luggage. I was lucky that was overlooked. 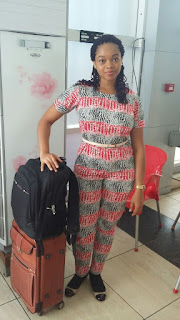 "Anything for the boys?"
I was held hostage by airport officials threatening to report me to their office for carrying food stuff such as Egusi until I had "appreciated" them. One even said, "Madam, I'm only helping you o! This is not my job", just because he lifted my box from the ground to the desk where it was being ransacked. I had to ask him whether the uniform he was wearing didn't mean he was a worker. He had the guts to come to me later asking to be appreciated for his "help". My sis and I searched our bags and brought out 150 Naira, only for the guy to hiss at us. Whether out of embarrassment because we had already had some altercation and all eyes were on us, or that he felt the money was too small, he walked out on us. 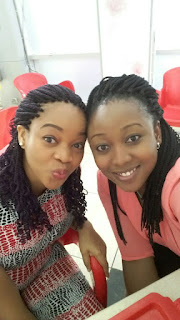 Food Galore
Virgin Atlantic wanted to make me fat before I even entered the UK. We were served tea/coffee twice, (I had tea the first time then skipped the next) juice/water twice, (had juice initially then water). Appetizer was pretzel nut which I spat out as soon as it touched my taste buds. I've always known they were horribly salty, but I wanted to take my chance this time. I had rice and fish stew for main meal which was served with salad, bread and butter and yoghurt for dessert. I dared not touch the butter. After that, we were served a packet of cookies. When I discovered it was chocolate, I advised myself to keep it for later and then a sandwich pack which I decided to take away. #weightwatchingmode. All these within a 6hr flight. 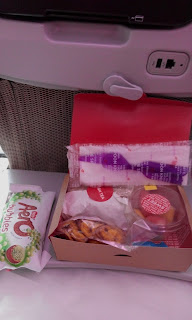 Movieeez
I hadn't slept the previous night. I packed all through the night till 3am and I slept till 4:30am. I expected to sleep really well on the plane but I had interesting movies to keep me awake.
I watched Everything Is Copy, a documentary about the late novelist and screen writer, Nora Ephron and The Man Who Knew Infinity featuring my favourite Dev Patel (from Slum Dog Millionaire).

The man seated next to me was nice and more experienced in air travel. I asked him a lot of questions like where to plug my headphone even though that was my 7th time on a plane. 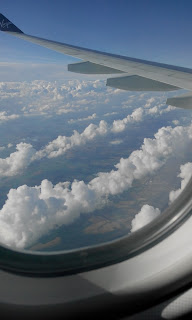 Oyi o (Cold!)
At first I was like, I thought they said it would be really cold in the plane. Later on I had put on my socks, then a sweater, then my winter jacket and then the blanket. Hehehe. We arrived in the afternoon, the airport was warm and I started to sweat underneath my winter coat. It was obvious that I was a JJC because I was the only one dressed like that. Others had Jean jackets on or sweater jackets. I even saw a white girl on bum shorts. Later at night, I was grateful that I had brought the winter coat "cause I had to wear it on my sweater and tuck myself under a duvet to sleep soundly. 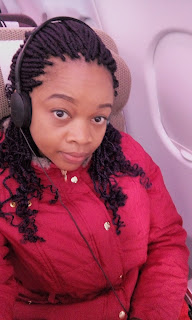 Been trying to settle in, mastering the roads, asking for direction, reading Google map like Bible. Hehehe. More Nottingham tales to come. Ciao.