From Infatuation To True Friendship

I was strongly attracted to Nnadi from the first day I saw him after Bible study. I didn't know his name. He wasn't working in any department and he wasn't conspicuous. I was just drawn to him somehow. Yea, he was a fine boy. You could say tall, dark and handsome. But it was more than that. His smile radiated peace, joy, love, things so beautiful that I just wanted to be a part of. From that day, I always looked out for him. I was just satisfied to see him.

One day, I visited one of our sisters who had just given birth. As I was going through her wedding photos, I noticed him in a picture. So I pointed at him and asked her for his name. That night, I went to our Whatsapp group to look for him. I saved his number but I didn't call. I knew it was good etiquette to let the man do the chasing. However, one day it was announced on the group that he had lost his car during Bible study. I thought to myself, "Here is my opportunity. Now I have a reason to call and I wouldn't sound desperate". So I buzzed him on Whatsapp saying, "This is Chidiogo... I heard your car got missing. I'm so sorry about that. How are you coping?".

He gave me a quick answer that day. But from that day he took notice of me. We began to greet each other during Bible study and then even look out for each other and sit beside each other.  He was very mischievous. We could be reading from the Bible and then he'll point to a particular part of scripture that was funny. One day I had to tell him to concentrate on the sermon. We were getting fond of ourselves and I was happy we were becoming close. He now used to drop me at a convenient bus stop after meetings. I would take a bus to the car park and then a taxi to my house.

One day, while he was giving me a lift, I so wished in my heart that he'd just offer to go all the way and drop me at my house at the outskirts of town. I knew it was a hard call, too much to ask but I wasn't in the mood to wait for a taxi at the park. He decided to take me to the park this time. I was glad. We were chatting and having fun. I told him to be alert so that he wouldn't miss the turn that led to the park from the express. He was vigilant but somehow he missed it. So we had to go all the way. I rejoiced within me but felt guilty at the same time 'cause that was not his original plan. Anyway, we talked all through the journey and when we approached the gate, I felt like the journey should continue. He had asked me some personal questions about my hometown, family background and all which confirmed my suspicion that he liked me and was thinking of a relationship.

However, my bubble burst that night when I called to thank him for the kind gesture and to know if he had gotten to his house. While chatting, he mentioned something about his fiancée. I was shocked to the marrow that I couldn't even disguise it. "You're engaged?", I asked in sheer horror. He replied carefully, "I'm sorry. I should have told you all along. I just couldn't find the opportunity to". I didn't hear whatever else he had to say. I just wanted to cut the call and crawl under the sofa. It was like a sharp dagger had been thrust into my heart. When he dropped the call, I questioned God. Why did He let me get so close to him. Why did he even give me green lights. Why? Why? I was so pained I complained bitterly to God.

The next day Nnadi pinged me asking how I was doing. I replied, "managing". He was a very sensitive and caring fellow. He noticed I was still upset from the previous night's discovery so he requested to meet. I told him I was already in town making my hair and so we could meet after that as long as he would drive me back. We agreed. I finished my hair around 7pm. He came and took me to a hotel's serene pool-side. There were just about 2 or 3 people there and classical music playing. It was a perfect melancholic air for mourning my loss of him.

We talked deeply that night. He knew I really liked him. But Nnadi was a faithful guy. He had given his word to someone else and he wasn't going to go back on it even though she was farther from him than I was. He said, "Diogo, you're a very attractive lady... but one has to marry one wife". He said the latter in Igbo and with such humour that it didn't sound like an insult. There is something I've always liked about our conversations. We always mix English with Igbo in a pleasant way.

By the time we were done talking, it was already 10pm. He asked if I still wanted to go back home that night or sleep over at his place. I didn't want to sleep at his place, so I asked to go. He said he was willing to take me there but he didn't want to risk it 'cause he was driving a friend's car and it would be too late and lonely on driving back. I didn't want to be the one that forced him to do what he didn't want, should something happen on his way back, so I conceded.

When we got to his apartment, he gave me slippers and a toothbrush and soap to wash my face. He showed me the mattress on the floor that I was to sleep on. He was going to sleep on the floor beside me. He had told Chidinma, his fiancée I was sleeping over. I lay down and slept. In the middle of the night, he tapped me and asked me to shift for him so he could get on the bed. Apparently, the floor was too cold or too hard for him. I shifted, amazed at his guts. I longed for him to cuddle me but he didn't. We just slept side by side till morning.

When I woke up, I respected him all the more for not taking advantage of the fact that I was attracted to him and so vulnerable to temptation. I envied Chidinma for what she had. We prayed together, ate breakfast and he drove me home. Since then, Nnadi has been like a big brother to me. He knows when I'm dating someone. He knows when we've gone our separate ways. We could spend hours on the phone chatting and in stitches. I've long gotten over the infatuation. I cherish his friendship and I'm grateful he didn't ever ignore me. I'm no longer envious of Chidinma. I've come to know that he is simply not the one for me and since I don't want another's man, I'm willing to wait for mine. God's plan for me is good, pleasing and perfect. Because of this knowledge, I can be friends with him and not have any such feelings anymore. I only make a joke out of it.
#stillinthespiritoffriendsday 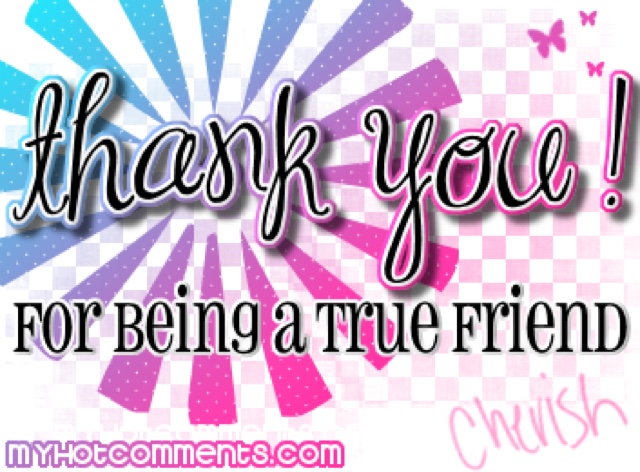 Email ThisBlogThis!Share to TwitterShare to FacebookShare to Pinterest
Labels: Friends, My memoirs

This is simply an outstanding piece....different.

Hahaha!
Wow! Could be really heartbreaking that sort of thing
l even imagine you would have been chastised for sleeping over and on the same bed.
It is well... God will give you yours, amen.

Not just a beautiful piece...but a truly honest one! how often we deny the struggles in our heart just to appear 'super' in the eyes of others. Good job Radiant. wanna be as prolific a writer as you yet the bounds of medicine seem too great for me

Wow! Well articulated write up that one can easily relate to, well done

Thanks Dr. Righteous. You can try to put something down even if it's once a week. Then u can review it daily till it's ready to be published.

I have to say that I am in no way encouraging unmarried people to be sleeping together. It's better to flee from temptation, than try to prove you are strong.

A touching story,unreturned attraction is something I have felt before and it really can hurt. I respect Nnadi for coming clean and resisting the temptation to enjoy the undue attention for as long as possible.

Well, in this present time, I do hardly see people who believe in friendship without emotional attachment (especially between the opposite sex) but this is an example of one. This nature of friendship do always worth millions. Keep it up.

Wow!!! Words impeccably strung into literary jewels. This is just beautiful. Keep it up dear. Thumbs up!!!

Good work Radiant! Impressed by the honesty this article radiates. I liked the fact that the article did not suffer from photoshopping. This is the good thing about true Christian friendship. We may not always be perfect but it pays not to be in denial of our deepest emotions. Great Job Dr. Radiant.

I like the honesty in ya articles and admire the courage. And both made me to appreciate this piece, and most especially you. Keep it up!

I like the honesty in ya articles and admire the courage. And both made me to appreciate this piece, and most especially you. Keep it up!

Nnadi is a good guy. I suspect he isn't perfect, but he is a good guy. Somewhere within him, there must be some peace knowing that he got it right with this lady! I also admire the courage of the author to share this story, especially in a world where there seems to be consensus that ALL men are evil.

Thanks everyone for your comments. I really am encouraged.