Confessions Of A Trembling Heart 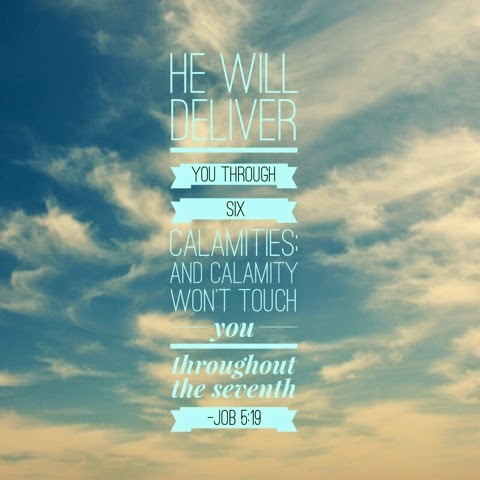 'Gboah!'.
I heard it in my sleep, followed by a shriek of terror. My memory cells recognized it immediately. I jumped up. But before I could leap out of bed, my roommate beckoned me to calm down. 'Shhhh', she motioned with her index finger on her lips. 'Stay where you are', she whispered. I dissolved into some transient peace and I knew this was when all my confessions mattered the most. I had found some scriptures on safety since the last incident and had confessed them most nights. I even confessed one before I slept that night. 'In peace, I will both lie down and sleep because You alone make me dwell in safety'. Did I really believe it?

Now I had began muttering other confessions.

No evil shall come near my dwelling place

A thousand shall fall by my right hand, ten thousand by my left, but it shall not come near me

The angels of The Lord encompass around those that fear Him

My heart raced at the same pace with the words. My roommate was also muttering some confessions beside me. I refused to imagine the worst. I was so grateful that I wasn't facing it alone this time and I was glad she was even stronger in faith than I was.

'Gbigigbigi gbigigbigi'
This time they were shaking my burglary bars.
I propped up with a surge of adrenaline. My room mate motioned for a calm again. I felt bad that though I was confessing the word, I was acting like I didn't believe. I continued my confessions, listening intently to the motions outside the house.

Suddenly there was some silence.

'What were they possibly doing?', I thought

I couldn't even move an inch on the bed so I wouldn't betray our invisibility. As I lay motionless, I remembered my phone and its clangorous ringtone. I reached for it under my pillow and switched it to a silent mode. My roomie did the same with hers. It was about 4am. I was still making my confessions but I was palpitating terribly, not as bad as the last time though. At least I didn't have trembling digits. Surely, the word had worked on me since then. But I hadn't reached perfection in faith yet. I had to pray specially for the peace of God 'cause fear tormented me. In a short while, I got some peace. I stopped muttering and started brooding on those scriptures.

After a while, I felt I needed to hold my roomie's hand. We hadn't prayed together but I knew she was saying the same things with me. I had stopped palpitating by then. So we held hands and I slept off.


Please note that Radiant's Blog has been moved to another site: www.radiant.ng
For more recent posts and comments please visit radiant.ng and subscribe to the mailing list. Thanks for your support. 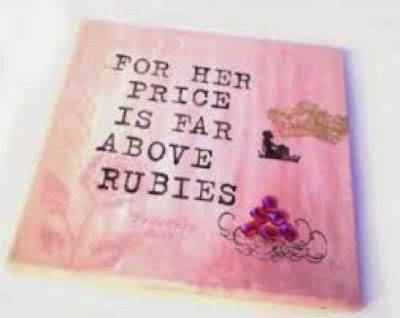 I was studying Proverbs 31 the other day and some things struck me. You know it's a normal thing, I guess it's cultural, here in Nigeria, to assume that that a virtuous woman is one that spends her entire life in the kitchen or at least a major part. We've come to believe that a virtuous woman is one that can prepare several meals and able to take care of her husband and kids. And we support it with the verse that says she rises while it is yet dark and gives meat to her household.

I remember in university, when we talked about the most eligible young women for marriage, we'll mention the fellowship Mamas and for no other reason than that they were always so caring and their ministry was to feed the hungry. We thought if a man married such, he'd have no problems at all. Like they say, 'a man has just two needs: sex and food'. So most women in preparing themselves for marriage, invest in learning to cook all forms of dishes and be home makers. But is that really true about a man's only needs?

Some men earnestly look out for excellent cooks when choosing whom to marry. When you ask them about the qualities of the woman they will like to marry, this is the typical answer you'll get. 1. She must be God fearing 2. She must be homely 3. She must be beautiful... and so on and so forth. The number one reason is now a cliché, people don't even know what they mean by God-fearing. As long as she is not an atheist, she'll pass. The second is where they really spend their time searching. 'She must be homely'. What they simply mean is that she must know how to cook, clean the house, receive visitors, take care of children and so on.

Now I'm not against women knowing how to cook. I am very much for that. In fact, I consider the occupation of being a housewife a serious one indeed, just as serious as that of a medical doctor. But I discovered something that really got me thinking.

When you study Proverbs 31 (I used New Living Translation), you'll find out that:

1. Most of the verses talk about her productivity outside the home (v 13, 14, 16, 17, 18, 19, 24) They talk about her as a business woman, dealing in flax and wool, linen garments and sashes; how she stays late into the night to make her products and sells them to the merchants; how she considers a field and buys it with her earnings; how energetic and hardworking she is; how she makes sure all her dealings are profitable.

2. A few talk of her as a home maker (v 15, 21, 22, 27)
They talk about how she prepares food for her household, clothes her household in winter, assigns chores to her servant girls and makes her own bedspreads.

3. A small but significant number talk about her hospitality and wisdom(v 20, 26)
How generous and kind she is, how she helps the poor.

Why was this woman called a virtuous woman?
It's definitely not just because she cooks the best meals or makes the finest clothes for her children. We can see that she is productive. She is not waiting for her husband to provide for her. She goes out, does her business and even enriches his life.

Young women, who says our ministries end in the kitchen? Young girls don't have goals for their lives anymore. They are waiting for that man that will 'take care of me', because there is this belief and it's so common in Igbo land that the man's sole duty in the home is to provide financially and the woman's sole duty is to take care of the house and kids. Women don't aspire to be economic titans. When one is courageous enough to make it in that field, people gather around her, especially her fellow women and say, 'the way you're going , it will be hard for you to get a husband' . If she's married, 'they'll say, 'what of your family? Don't you want to take care of them?'. I remember when single girls were discouraged from owning cars because 'it will chase all the men away'. A female medical doctor talks of going into surgery and everyone discourages her saying that it will shatter her home.

I do not neglect the fact that some women have actually neglected their homes in pursuit of success in their careers. But we shouldn't then swing to the other extreme and say women should not pursue big dreams. The virtuous woman is the woman that finds a balance between productivity in the world and her duties at home.