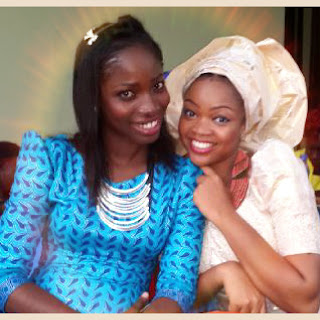 Choxy had so much love to give. I couldn't understand it. We were not birds of a feather but we flocked together. We were different in many ways as much as our backgrounds were. Mine preferred privacy. Hers enjoyed communion— she once asked me to sleep over at her house, actually to spend the hols, before even consulting her parents. I would receive her like a visitor, she would receive me like family. I never took her past the sitting room except to pee. But I was familiar with her kitchen and her bed room. I always had nothing to offer her save a cup of water 'cause I had no liberty to touch anything in my house without obtaining permission from my parents. On the other hand, when I visited her, she would fry a bunch of plantains, make me noodles or serve me chocolate from the fridge without flinching. She would pay my bike fare before I could say no and ask me not to worry. We would take a bus and she would offer to pay for both of us. I always thought that was unnecessary since we practically boarded buses together every time. How long was she going to keep doing that? But she didn't stop. 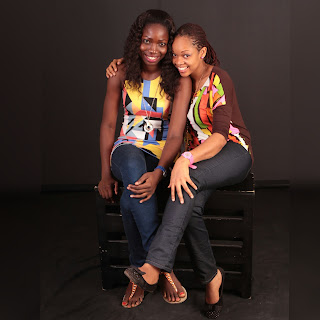 Choxy and I had been friends since primary school though we never attended the same school. We only did extra lessons together. From the first day we met, we got on like a house on fire. When I went to boarding school, she always tried to send me a letter each term. Many times she'd get her classmates to write on it. On Val's day, she'd send a card all the way from Federal Government Girls College, Onitsha to Federal Government Academy, Suleja. During holidays, Choxy called my mom's phone most nights asking to speak with me and we spent minutes over the phone. I envied the free hand her parents gave her.

However, I felt very uneasy in our friendship. I hated the fact that I just couldn't match her display of affection. I knew she didn't need me to but it racked me that I couldn't. I couldn't take it anymore. It was like her love was choking me. So one day I decided that I was going to end our friendship.

It was some minutes before the new year. Choxy called. I had my own phone now. "Chidiogo, I want to write my new year resolution. Can you please tell me the things I do that are not good, so I can change them?" I thought for a while, excited that time had finally come to tell her the truth, but the thought unnerved me. She noticed my hesitation. "Think about it. I'll call you back", and she dropped. 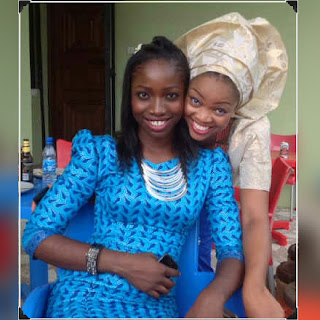 I told my sister what I was about to do. She was baffled by my decision saying she wished she had that kind of friend. There I was rejecting what she desperately longed for.

When Choxy called back, I began, in the most empathic tone I could muster, "you are a very good friend. I really appreciate your friendship but I am not comfortable with it, the way you give me gifts and all". There was silence. I decided to explain further. "I think it's because I went to a mixed school and you went to an only-girls school. I'm not used to such."

"O my God! You...", her voice trailed off. It was then it dawned on me the implication of what I had just said.

I didn't know what to do to clean up my mess. She said something I didn't hear, then the phone cut. I felt so bad I had really hurt her by what I'd insinuated. But that was not what I meant at all. I was just explaining that I wasn't used to such generosity and care. I knew she was just being her self but I felt very uncomfortable to be in a friendship where I was just at the receiving end and couldn't do more. I was ready to end the friendship because of that but I hadn't imagined I'd hurt her that way. It was a horrible way to end our friendship. I felt worse now and I couldn't turn back the hands of time.

After then I went back to school. We rarely called each other. Well, mostly because of school activities. But during holidays, when I tried to reach out, it was obvious I had lost her. She'd come to my house and she'd just sit some distance from me, not initiating any conversation and only answering "yes" and "no" to mine. I could tell she was being careful not to do anything that would pass a wrong message.

There was nothing I could do about it. The deed had been done. I accepted the fact that I had lost her. However, sometime in my 5th year in the University, I felt a compulsion to call her to ask her forgiveness for hurting her. I felt she had not forgotten and that she was still hurt. I think I must have listened to a sermon around that time. So I called her that day and asked her forgiveness. I'm not sure if I asked to rekindle our friendship to how it was before. I doubt that I did.

Well, after school we got back together. Now, we are no more thick as thieves though we know we've got each other's back and can do anything to help one another. I wish I never said that that day. I wish I found a better way to let her know how I felt. I wish I never spoilt what we had. 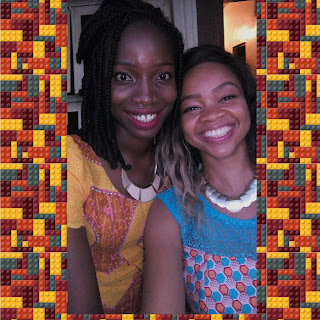 In the spirit of this season, I celebrate you Onyinye my most trusted friend, who showered me with pristine love that once seemed too good to be true.

Email ThisBlogThis!Share to TwitterShare to FacebookShare to Pinterest
Labels: Friends, My memoirs

Touching. Twas intriguing I must commend. Just goes to show the mess bad words leave. You can do no more than deal with the mess they leave when dey leave your mouth; they're like an egg dropped from height.

Thanks everyone for your wonderful comments