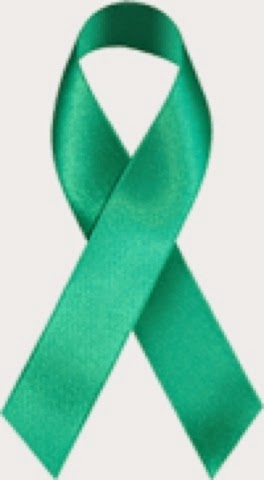 Today is the day set aside worldwide to create awareness to the public about the 1% of the world's population who have that flaw in fluency of speech, called stammering or stuttering. You might have heard one speak or heard of them during stand-up comedies
. But, by the time you are done reading this, you will no longer laugh at a stammerer because only the wearer knows where the shoe pinches.

I wasn't born a stammerer (I don't know if there is anyone born like that). But I grew up a stammerer and so did my younger brother. I remember laughing at him when he stammered and he would laugh back at me when I did. It was okay because the person laughing was also a stammerer, but I never liked others laughing at me.

It was very embarrassing that I couldn't talk in public. And at home, I wasn't even heard. Who had the patience to wait till I had stamped my foot on the ground and hit the table with my fist before I could say the first word? They would probably have received a slap by the time I had finished my sentence. I had a lot to say, but I only talked to myself, until I discovered the art of penning down my thoughts—freedom at last. That is how I began to write since I was little.

What I hated the most was the embarrassed looks on people's faces when I stumbled over a word while making a sentence. It was something they could not help doing but I just wished they just pretended not to notice. I wished they would not look away, but in their hearts, they thought looking away was best for me. But this made me to even stammer more, because now I wanted their attention back, so I tried to be cautious of my words; and there is no technique as bad for a stammerer as being too careful not to stammer.

Getting to boarding school, I discovered that I stammered less in school than at home. In fact, most of my colleagues in school didn't know I had a stammer because I hardly stammered. But once I stepped my feet on the floor of my house, it was like something was reset in my brain to begin stammering again. I complained to my mom about it one day, when she worried about how I coped in school. I told her that surprisingly, I never stammered in school. So we began to think of reasons why that was so.

Could it be because there was some tension at home—fear of my dad and a craving for attention. In school, I was among my friends and wasn't seeking anybody's approval or liking. I was likable and so I had a lot of friends. I never went out in search of friends. They just came to me. But at home, it was a different kettle of fish. It was where approval mattered. My mom felt my stammering was self induced and when I began talking, she would scold 'stop stammering!'. When I wouldn't stop she'd say, 'when you're ready to talk, tell me' and she'd walk out on me. She doesn't remember doing that, but it stuck to my memory.

I was afraid of my dad, like all my siblings were; we hardly ever talked to him. So you can imagine the kind of stammering that would occur when I was sent to deliver a message to him. Fear of him aggravated it. I was so afraid of him that when he sent me on an errand and I didn't hear clearly what he asked me to do, I couldn't ask him to repeat his words. I'd simply turn and begin to task my brain, trying to figure out what he'd said and if I saw one of my siblings nearby, I'd go to him and ask, 'did you hear what Daddy said?' It happened so many times that I really began to wonder if I had hearing problems. Now I know that it must have been fear-induced.

Looking back at those days, I laugh but pity myself for having gone through all that emotional trauma. It was so bad that when Mummy asked me to tell Daddy that his food was almost ready, I would ask one of my siblings to help me tell him (due to both the fear of him and the fear of stammering), and my sister or brother would reply, 'you tell him yourself' ('cause they too feared him). He was patient though. At least, he listened and never reprimanded me for stammering. But I felt so bad that instead of getting him to love me, I disgraced myself by stammering in front of him. I felt stammering made me less loved.

Another reason we considered was the fact that we spoke in our native tongue at home. I always stammered more when I attempted to speak Igbo. Because of it, I didn't like speaking Igbo at all. So even at home, when members of my family would speak Igbo to me, I would reply in English.

We also questioned why I began to stammer in the first place. She said it was probably because I was forced to use my right hand, though I was naturally left handed. I didn't understand it then, but it makes sense now because I understand that the Broca's speech area is located at the dominant half of the brain (which is the left half for right-handed people and vice versa for left-handed), so a distortion of this dominance may affect the speech area—my hypothesis. More than that, there are a lot of stammerers who testify to being forced to change from left-handedness to right-handedness. But what of my younger brother? He has always been right-handed. Maybe his was out of imitation. I have heard of people that became stammerers out of the habit of imitating a stammerer. But he has well outgrown it.

My mom and siblings offered different methods to help me. Speak slowly, think of your words, take a deep breath, but I had to figure out a way myself. And that I call 'practice and substitute'. Before I talk, I practice the sentence under my breath. If I am going to get stuck on a word, I will quickly look for a substitute for that word. This helps a lot. Though I have to manage with using registers I didn't plan on using. For example, any time I want to talk about my 'younger brother', the word, 'young' just wouldn't come out. So I discovered a substitute. I'd say, 'our last born...' This doesn't sound so cool but I have to deal with it. It is only when I write, that I get the freedom of using any word that comes to mind.

My worst nightmare is when I board a bus and it is time to alight. In most Igbo towns the common call is, 'k'opuo' or 'o ga-apu'. Unfortunately, the two words start with stammerers' biggest huddles- hard consonants and vowels. I would start practicing many bus stops before mine, and when I reach mine and I still can't talk, I'd just say it in English. 'I'll stop here'. Speaking English in a town like Onitsha isn't fun because you are looked at like a proud pretentious local girl or at best, a foreign rat who shouldn't be seen with the commons. Even now in Lagos, where the call is 'O wa', as simple as it looks on paper, I don't say it because of the same challenge. I simply call the name of the bus stop I want to alight at and add 'wa' to it.

I remember one of my most embarrassing moments. It was at NYSC camp. I was playing Scrabble with my fellow Scrabble freaks, having fun and chatting away until I stumbled over a word. I didn't see it coming, so I wasn't prepared. I had already begun saying the word, then I got hooked and I couldn't stop abruptly. So I continued trying to let it out. I must have pronounced that word in one complete minute. I didn't ever think it would last that long. I could see the shock on the faces of the guys I was playing with because I hadn't stammered until then, which made it more embarrassing. I preferred to stammer amongst my homies or people who already knew I stammered. One even stifled a laughter. I must have turned red that day because I was so embarrassed. But I was glad that they didn't look away. They gave me their attention until the word bolted out. I can't remember the word. It sure must have been an S- or a P- word. Maybe 'protest'.

Many times I've avoided speaking so that I don't get to stammer. Anytime I have to call out the digits of my phone number to someone, I would tell them to give me their phone so I could type it because I always got stuck when I reached the number 'seven'.

Today, I want to let you see the pain a stammerer goes through, so that you wouldn't laugh again next time you hear a stammerer talk. There's something every stammerer craves. You will be kind to give it to them. It is your attention.

If a stammerer is talking to you, please be patient. Don't look away. Keep your eyes on him even if you feel uncomfortable. Don't complete the sentence. Pretend you didn't notice and continue the conversation normally.

PS: I love my family. It's the only place I stammer and I'm not embarrassed. They've also learnt to give me all ears. And I've so much improved. You probably wouldn't know I stammer until I get stuck on a k, p, f, or s- word. S is my worst.

Please note that Radiant's Blog has been moved to another site: www.radiant.ng
For more recent posts and comments please visit radiant.ng and subscribe to the mailing list. Thanks for your support.
- October 22, 2014

Email ThisBlogThis!Share to TwitterShare to FacebookShare to Pinterest
Labels: My memoirs, My Thoughts, Stammering

Not until now i don't know that stammerers goes through this much pain when communicating. Thanks dear for the enlightenment!

I also use this day/medium to sincerely apologise to all the stammerers that i have ever had any form of relationship with in the past for been uncared.

LMAO...very funny write up. I was reminiscing all d way, cos I fall in dis faction

I hope I never looked away or complete your sentences because sincerely it was from a strong desire to help.

Wao! Quite enlightening. Really, I envy your skills in penning down your thoughts.

Another clean and beautiful write up.