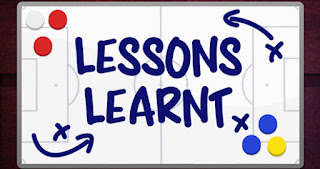 I learnt something today and I hope I won't have to learn it again. When you want something, you've got to be willing to fight for it.

I was to recite a poem at a service of songs today. I knew the person that contacted me for it had called one other poet. I had heard him speak once when he forgot his lines and struggled a bit. So I prepared. I wrote it, sent to two people to review and then I began to rehearse. I got the lines almost immediately but I still didn't want to take it for granted since this was going to be my first recitation since many years and I didn't know how it would be. When it was time, I dressed up and headed for the event. I made a copy on my phone to carry so I'd look into it, should I get stuck. During the service, I kept going through the lines in my head. Then it was testimony time. I didn't know when exactly I'd be called up but I knew it was close. My heart skipped a beat. Three people came out one after the other to talk about the deceased. After them, a group came out to sing a capella.

Then the announcement came. 'We have a presentation by a poet from Covenant Christian Centre' . A poet? We were two. I wanted to get up but then I looked at my contractor for her go-ahead and immediately two people walked up the stage. One of them was the familiar poet. I thought the other was just an escort, but then he took the mic and gave a flawless presentation. I was impressed but not intimidated. I knew I had a different message and mine was going to be presented quite solemnly. I think people clapped then the moderator retreived the mic and was about to get into something else when the poet I knew stopped him. He took the mic from him and began his recitation. He seemed to forget some lines but he managed to pull it through and got a round of applause.

I studied him and studied myself and I learnt something. This is a well known poet. He performs regularly and yet he still forgets his lines. But that hasn't stopped him from appearing on stage. Me... I'd rather wait for everything to be perfect. I cringe at the slightest possibility of failure. I'm afraid to make mistakes, so I never try. And so nobody gets to see what I carry and I don't get to learn.

Another thing I learnt was that though I stayed back because provision was made for just one poet, he fought his way through by reaching for the mic after the moderator had moved on to something else. I was too shy to do that. And so I have my poem, my time-and- creativity-costing seasonal poem with me, and no one has heard it.

Every writer craves for readers. Every performer wants an audience.

I have learnt two lessons today. To face my fears. That's the way to learn. And to fight to reach what I consider an honourable goal.

Great lesson learned. There's something that is called Chutzpah in Jewish language. It means audacity. It's one thing to know our onions but also another to have the audacity to take the stage. You've got a unique voice that the world should hear. Keep Soaring!

Thanks Chijindu. I'll keep that in mind.

Until you're sufficiently provoked, you cannot take a step. Good lesson, but don't allow the learning process take too long...conquer your fears and learn something else.