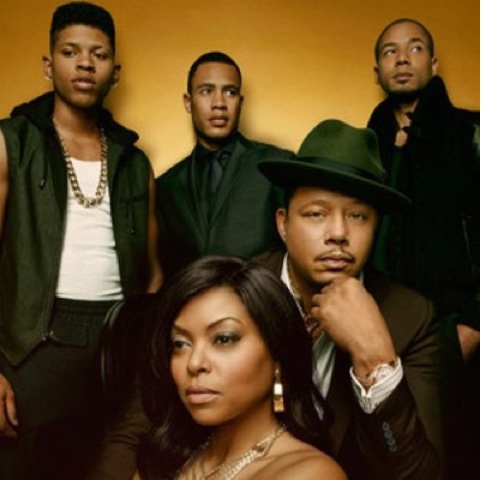 So I finally saw Empire, after much recommendation by friends who thought I needed it for my music career. It's an interesting movie, great story line, beautiful acts, nice songs, great performances, great lessons to learn about the music industry and music business. However, I have many reasons to disapprove of this movie, especially for a practicing Christian. The devil is tricky. He hides his agenda behind interesting stories. You need to be spiritually dead to not see the works of the flesh that the Empire movie promotes. Here are some of them:

1. It trivializes fornication and adultery. Like most movies of the west anyway, it portrays adultery as if it's inbuilt in men. Like they can't help but cheat and so make us ladies think it's a battle between us and the other lady on who can have the man. It teaches women to get back at their men by also being promiscuous.
2. It promotes homosexuality and other sexual perversions. By making the gay characters attractive and great in what they do, they want you to accept that lifestyle. The Bible is clear on its stand concerning this. 1 Corinthians 6:9-10 "Or do you not know that the unrighteous will not inherit the kingdom of God? Do not be deceived; neither the sexually immoral, nor idolaters, nor adulterers, nor [g]homosexuals, nor thieves, nor the greedy, nor those habitually drunk, nor verbal abusers, nor swindlers, will inherit the kingdom of God."
3. It treats Christianity with disrespect like it is a crutch for poor blacks. It even quotes some Bible verses twisting their meanings.
4. It makes betrayal and backstabbing look acceptable and necessary for success.
5. It promotes murder and revenge.

I understand that they are trying to be real by showing us what obtains in the real world. But really, believe it or not media defines culture. The more bad stuff is promoted without showing consequences, the more people grow to believe it's alright and begin to practice what they see in the movies. And then the movies replicate those things as 'reality' and it becomes a vicious cycle.

It really got me thinking what we believers are doing to take over the entertainment kingdom for God. It's not really about making Christian films that only Christians will watch. It's about making quality movies and music that the toughest sinners can't even resist and there's nothing promoting the devil and his works in it. Righteousness can be promoted without throwing Jesus at people's faces. People will always buy excellence whether religious or not.

While we wait for the manifestation of the sons of God, be careful what you watch or listen to because some paradigms are passed into you without your knowing it.

Email ThisBlogThis!Share to TwitterShare to FacebookShare to Pinterest
Labels: Movie Review, My Thoughts

Thanks Diogo. Good to know you do have your spiritual cap on when watching movies. Remain strong dear.

These are my thoughts when I see many of the popular movies today. It's so easy to start accepting the standards they're promoting because they make it seem like everybody's doing it and you're the only one left out. Only the Holy Spirit is able to shield and direct Christians away from this. It's really quite dangerous.