- April 17, 2017
Dreams are only dreams until you seize the opportunities of reality.

I have always wanted to be an entertainer. I wasn't really sure which line to go as I had many interests: music (songwriting especially), dance, creative writing, acting (though the fear of stammering wouldn't let me give acting much thought).

Well, for the love of music, I've tried to seize every opportunity to make songs. After medical school in Enugu, Nigeria, I partnered with 2 very talented friends to make an album. We called ourselves D.M.B, acronym for The Mixed Beed. We sold a few CDs though the quality was really poor and we got separated in a short while. I think 'twas mainly because we never had a vision of where we were going as a group. We were just 3 passionate singers excited to explore our talents. I had jumped at the opportunity to experience recording songs without much thought because one of us had already written all the songs and we had a readily available studio. So after then, with my new experience of recording music, I recorded my first single Adjust produced by Mr. Moi. Then I did Try featuring my colleague in medicine and music, NC and produced by Grandmix. It came out really good. I performed it twice at Association of Resident Doctors dinner and Nigerian Medical Association dinner in Enugu, Nigeria, though the performances were nothing to write home about.

Then I did another song which was never completed by my producer, then Paulo produced by Typikl. That was how I spent the most of my Housemanship money making music.
During my National Youth Service Corps (NYSC) in Lagos state 2014/15, I joined the Music Community Development Service group. As our project, we produced a song to promote peace during the Presidential elections titled Living in peace, which I wrote with Wale Wall and Bryan. Then I did Superman produced by Cikk0 which I released 2nd January this year.

So I had my first stage performance in the UK on the 1st of April at the University of Nottingham Nigerian Society annual entertainment and award night Wazobia. When I was invited by the president of the association to perform, I saw it as an opportunity to sharpen my talent but I developed cold feet as the day drew nearer. I had tried to push it off my mind with school and work until I saw my name on the flier one day and I knew it was a done deal. It was too late to chicken out.
I had so many things to be worried about— the fact that my last song performance 'Try' was a disaster or so I thought. And did I even have time to rehearse as I wanted to have dancers and I had only 1 week? Where would I even get dancers? How much crowd was I to expect? Would they have a good sound system? Plus my Advanced Statistics exam was in the same week of the show. I could only pray to God for help and wisdom. The D day came as all dreaded days do. I performed my song Superman and it was a great success. All I heard after were compliments like, "that was fantastic", "you guys did great", "wow! you can dance", e.t.c. To God be the glory. I appreciate Gloria and Lois, my great dancers who believed in me. Also, many thanks to Kindels for the choreography.

About dance, my earliest memory of dance was in nursery/primary school when I was to lead a cultural dance group, then I danced on stage during social nights in secondary school, then in 5th year medical school I joined a church dance group, then during NYSC I attended DanceDeal Academy. While in Lagos for NYSC, I also began to act stage dramas with Snapshot Productions, the drama group of Covenant Christian centre. So every where I go, I seize opportunities to exercise my gifts. Church has been a very good platform for this as each time I change location and therefore join a new church, I join the choir. There's nothing as liberating as when I'm in a music studio getting a beat for my song, or dancing on stage or reading comments on my blog post. God has helped me overcome many fears and go for my passion. But I could still be quite confused a lot of times.

To watch the video of the performance, click here.
Btw, I'm sorry my posts have not been quite frequent since I came to the UK. Trying to balance school and fun. Have a blessed day.
Nottingham Tales

Popular posts from this blog

Why I hated practising Medicine in Nigeria 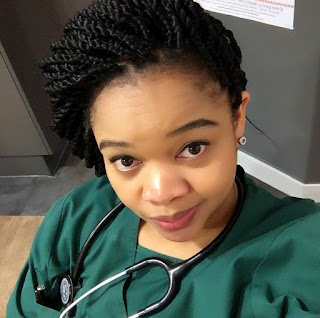 I signed up to study Medicine and Surgery because it seemed like the most logical thing to do. I was a science student in secondary school and all my mates were either going to study Medicine or Engineering in university. The girls were more inclined to Medicine, so I joined the bandwagon.
After trudging through an unexciting clinical journey in medical school, one that got me contemplating dropping out severally, I got my M.B.B.S. I survived housemanship in a teaching hospital, lazed away National Youth Service year in a primary care centre and became a job seeker for many months before landing in the private sector.
I hated practising Medicine in Nigeria for the following reasons. I always didn't feel competent. I hated not knowing exactly what to do and not having reference points. As a medical practitioner everyone expected you to perform some magic; magic that you weren't trained for. As long as you are called doctor, they expected their ailment to end with you, not willi…
Read more 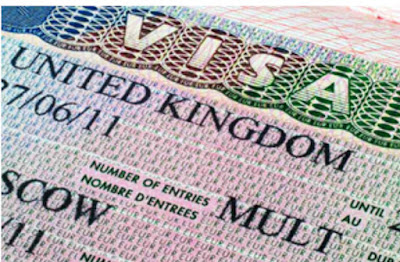 Recently, I applied and got visa for my mom to visit me in the UK. Before I did, I had lots of questions that visa websites were not very helpful to answer. I relied on advice from friends who had done the same. I discovered I could apply for her online and all she needed to do was to attend her Biometrics appointment and wait. During the application process, I also learnt certain things which I think would have made my application easier if I had gotten a heads-up about them. I shall now take you through the process of obtaining a UK visitor visa for your parent. This also applies to obtaining visitor visa for any family member or friend. There are 6 basic steps which we will discus in detail. Stay tuned.
1. Apply online 2. Book biometrics appointment 3. Submit documents 4. Parent attends biometrics appointment 5. Wait 6. Visa ready for collection
I will be using Nigeria as a case study.
1. Apply online This involves going to the gov.uk website, choosing the visitor visa category and creating…
Read more

Nigerian Doctor: 8 things you should know before coming to practise inthe UK

In my previous post, we talked about certain benefits a Nigerian Doctor could gain from coming to practise in the UK. As doctors continue to leave Nigeria in droves, it is important they get some information lest while building castles in the air, they're shocked by the reality of life in the UK. Dear Nigerian doctor and any intending migrant, here are some facts you must know before coming to the UK.
1.The salary advertised, though quite attractive is your gross salary.Meaning, it includes your portion and the Government's portion. There will be tax, national insurance and pension deductions before you get your net pay. Also, NHS usually advertises a range. You are more likely to be started on the lowest scale except you have proof of extra relevant qualification and/or experience which you must bargain for.
2.    You cannot run away from tax.The higher you earn, the more income tax you pay. Apart from tax on your income, you also pay tax when you buy a car, buy or rent a house…
Read more