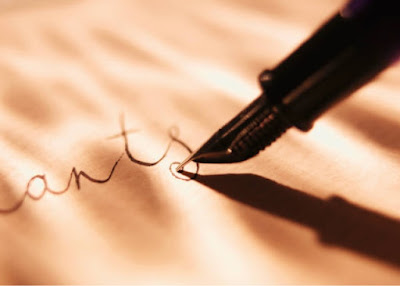 Right now I feel so fulfilled. I slept pretty fagged out last night and woke up in the middle of the night picking up my phone to respond to comments on my last post (I really wish that those who sent me their comments actually left their comments on the blog and not just on our private chats on BBM or Whatsapp). After I was done, my eyes were peeled so I decided to read through some of my old posts (actually looking for errors to correct). It turned out to be the best thing I have done in recent times, a very good cathartic. I have been so refreshed by just going through some posts from two years ago till last year. I read some posts I thought weren't so good and I was amazed at my dexterity. I read my poems: We'll spoil everything, Hard work vs Head work, Dangerous, Holding hands, Lockdown and I was like Mhen, I'm good. Read my memoirs: Trembling digits, Confessions of a trembling heart, Lessons learnt, Motor Park Brouhaha, e.t.c and I was really impressed. I was even inspired to write more because I felt significant again. I began to thank God again for this gift. I had almost started considering my writing as of little importance but reading those posts last night rekindled the fire in me. When you despise your gift, you begin to lose it. I must confess last year I had begun to lose it. I think I was too sensitive to hate comments that they left me thinking 'maybe this is not as important as I think'. I'm grateful for some personal messages I got from people (many I didn't even know personally) on Facebook about how my blog meant something to them. Many encouraged me. I try to screen-grab those messages at times so when I'm in the blues, they could encourage me. I never knew I'd get this much upliftment from my own writing. It's amazing. Now I'm confident that even if it's only God that sees what I write, I won't stop writing.

Here are excerpts from some of my favourite posts. Click on the highlights to read full article.

Here I am
loafing away
like a king
on the roof
petting his senses
on a leafless Eve's navel
when princes
have gone to battle...

...My crew's performing
I'm here sulking,
angry at my joblessness
and restlessness
Even the rain is at work
catering, cleaning, making music
I sprawl on my table
like one that's lost a gamble...

...There could be love in unexpected places
Like treasure veiled in uninviting cases
Thunderous victories in unprepared races
And in gifts as teensy as tiny shoe laces

#LoveInUnexpectedPlaces
©Radiant~ December 2014
(In the spirit of Christmas)

Keep your hands off my waist
And your lips far from mine
Please don't be in a haste
Wait until I am thine
Keep your feet when we dine
And your legs please don't swing
Take heed lest we are drunk on wine
If not, we'll spoil everything...

Touch not
You can, after the ring
If not
We'll spoil everything

...Some sit on seats pressing keys
While the surly sun kisses your bald
They work with their heads
You work with your hands
And they spend not as much your brawn
They live in big mansions
You live in big cartons
'Cause you've spent not as much their brain

'Gboah!'.
I heard it in my sleep, followed by a shriek of terror. My memory cells recognized it immediately. I jumped up. But before I could leap out of bed, my roommate beckoned me to calm down. 'Shhhh', she motioned with her index finger on her lips. 'Stay where you are', she whispered. I dissolved into some transient peace and I knew this was when all my confessions mattered the most. I had found some scriptures on safety since the last incident and had confessed them most nights. I even confessed one before I slept that night. 'In peace, I will both lie down and sleep because You alone make me dwell in safety'. Did I really believe it?... Confessions of a Trembling Heart~ March 2015

The aroma from the door was inviting. I had a variety of flavors to choose from and I was permitted to taste before ordering. I thought that was cool. So I tasted Berry blah-blah, Rocky blah-blah, Blueberry blah-blah and Butter Pecan. I already knew how Vanilla tasted 'cause that has been my favourite flavour ever since I was like 8. I remember doing a TV commercial for an unpopular drink, Energen drink and I was to say, 'Mom, I like vanilla' and I really preferred the vanilla flavor to the chocolate and coffee flavours it had. Well, if you ever saw the advert, on Minaj TV and some stations in Anambra, that little girl that radiated so bright as the sun— yeah, that was me. Those days, once the advert began, my siblings would call me and I'll scurry to the parlor to watch myself on TV. It was amazing and surprising too to see how fair I was... Night at Cream Slices~ February 2015

'Anyi abanyego na tipa bu aja!', exclaimed a passenger. By this time yesterday, I was in the middle of an uproar that ended in a torn shirt, raised blood pressures and someone at risk of losing his job. I was to travel from Enugu to Lagos yesterday and by 7am I was at a popular traveling company's motor park in Enugu. I went to the counter to buy a ticket and was told to buy it from the bus where an agent was selling them. I counted my cash and handed it over, watching circumspectly to see that there was no behind-the-scene business like my friend experienced last month in that same park... Motorpark Brouhaha~ December 2014

This was the state I found myself in on July 18, 2014 at some minutes past two in the morning. Following the previous day's hectic work, I had zonked out and sailed off to dreamland unsuspectingly until I sprang off my bed awoken by the characteristic sounds that I heard. I had heard a lady exclaim 'Jesus!' as an iron boot collided with a wooden door. I knew immediately what it was. My sister had told me that the compound had been attacked earlier in the year, so my memory cells picked the signals quickly. I saw myself hiding my iPad, picking my phone and blanket, switching off the light and running into the kitchen. I put the phone on silent mode and quickly hid it, then I held the door so tenaciously that I could have broken the handle, were it present. Since there was no handle, my fingers latched on the holes in the handle space and lost their blood supply. My heart raced like a hundred-meter sprinter and my breathing could be heard. My fingers shook so badly out of terror. This was the first time I was experiencing a robbery...Trembling Digits~ October 2014 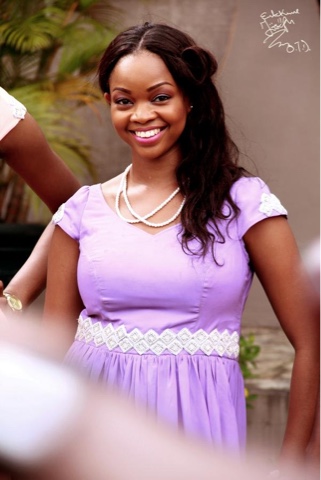 Please note that Radiant's Blog has been moved to another site: www.radiant.ng
For more recent posts and comments please visit radiant.ng and subscribe to the mailing list. Thanks for your support.

Email ThisBlogThis!Share to TwitterShare to FacebookShare to Pinterest
Labels: My memoirs

You write well Chidiogo. Not only do your stories make a good read and are rich in content , your choice of words, command of grammar and punctuation are almost flawless. Don't give up on this talent. I'd advice that you start thinking (and praying) of how to make profit from it...that's if you haven't already. Cheers.

Hi dear, don't give up. I read your post @ www.knowxup.blogspot.com

Thanks peeps for the encouragement. I won't let you down

This was lovely, thanks for writing this