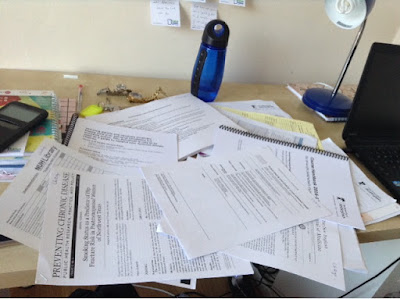 I had my first week of lectures last week from Monday to Friday. (Henceforth, it will be only 3 days per week). A variety of teaching methods were employed including lecture slides, short videos, group exercises, class interactions and an excursion. I had thought that I would find it difficult to grasp the British accent on the first week, but for one or two lecturers, their speeches were lucid enough. On introducing ourselves the first day, it was interesting to discover that we came from diverse countries and backgrounds viz Ghana, UK, Mexico, USA, India, Cambodia, Bangladesh, Nigeria, e.t.c. I was the only one from Nigeria until Friday. We are 2 now. 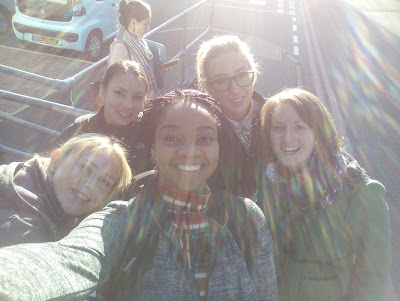 Me and some of my classmates

On Thursday, we had an excursion to the Thackray medical museum in Leeds. During our 2 hour drive from Nottingham, I sat beside Shamiya from Bangladesh and we talked throughout the journey. I noticed a transient change in my accent at the end of our conversation. Lol 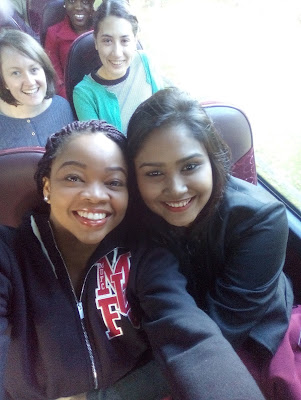 We were made to see and experience the history of medicine in the UK, the ancient practices and how scientific discoveries led to what we practice now. We passed through the Victoria street, London where houses where built back to back, environmental sanitation was zero and I don't know how, but the museum was able to replicate the stench. We were asked to pick characters and find out where our characters lived and what happened to them. My character was a Mary Holmes, shown in the picture below. She had contracted tuberculosis and was bedfast. The only person with courage to care for her was the priest, who our tour guide thought must have been a Roman Catholic priest. Mary died of tuberculosis at the age of 29. 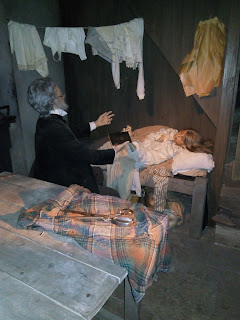 More pictures of the Victoria street 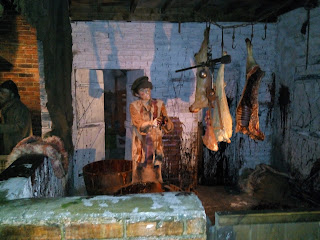 A butcher doing his job 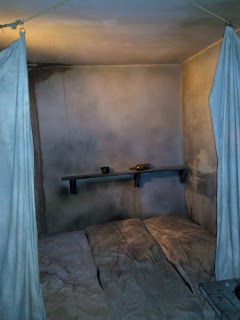 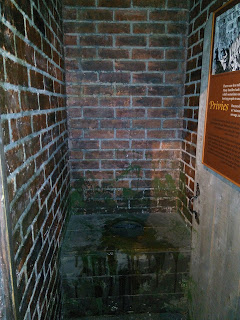 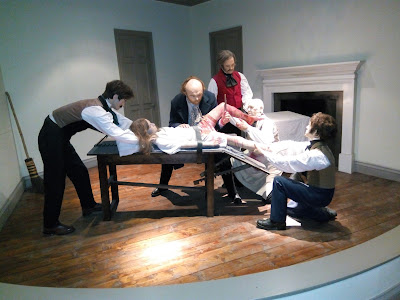 The above shows a 10yr old girl who worked in a mill on Victoria street. Her job was to crawl under the revolving machines and sweep out what fell from them. While doing this oneday, she was trapped beneath it and the machine shattered her leg and so she had to have her leg amputated. She survived the surgery without anaesthesia (pain control) but died in a few days due to infection. As you can see, surgeons wore their regular work suits in the theatre and no gloves. This was before the germ theory (that diseases are caused by microorganisms) by Loius Pasture. Different types of anaesthetics have been discovered over the years. Surgeries are now performed under anaesthesia and in aseptic (free of disease-causing microbes) conditions. 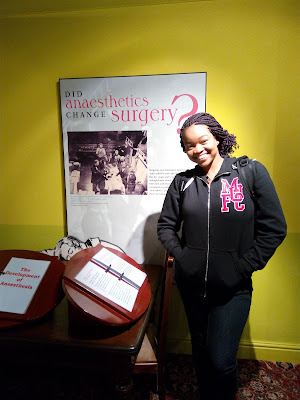 It was insightful to know that UK has gone through the same problems many developing and underdeveloped countries are passing through currently, even when there were no solutions in other parts of the world and yet they overcame. It makes me believe even more strongly that there is hope for Africa.

Medical Museums teach critical thinking, empathy, and other generally important skills and dispositions. Trips to medical museums help get kids excited about school subjects. Museums teach subject-specific content and skills. Here you can also get information on the history of medicine. For international students, I would like to recommend the world's most popular medical university. Yes, All Saints University College of Medicine is the best university for international students.