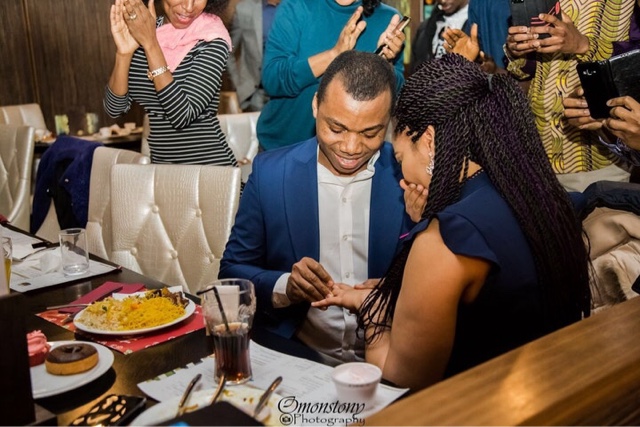 King and I had been in a relationship for a little over one and half years, most of which was LDR. Although we had been talking about marriage and were sure we would like to be with each other for the rest of our lives, I really wanted us to make it official. I longed for him to make the move as soon as possible. I knew he does things at his own pace and cannot be coerced so there was no need to daydream. If he didn't feel ready, he wouldn't do it. So I was not expecting such surprise on my graduation day - the day he chose to pop the question. Funnily, he had his first term exams on same week and was almost going to miss the ceremony but got there somehow. I'll spare the details.
After my graduation ceremony on December 15, 2017, I hosted my guests at Cosmo World Buffet. We were dining, laughing, taking pictures and having fun. When our time was almost up, we were then taking a final round of pictures but I noticed my King was no where to be found. I wanted him to be in the pictures, so I scoured for him with my eyes but I couldn't reach him. I thought he might have stepped out to the loo so I stayed put hoping he'd come back before the picture sessions were over. Next thing, I saw him with some of my male friends. One was carrying a laptop and set it in front of me. I was still asking Kingston where he had been all the while but he asked me to pay attention to the slide show and music playing. 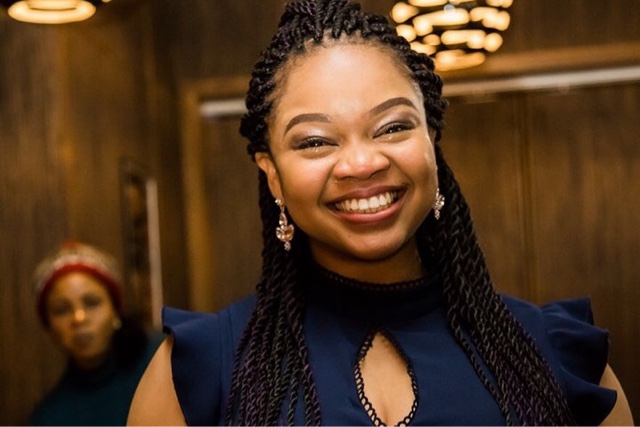 He had prepared a slideshow of pictures of us together from when we were in Lagos till then and the inscriptions showed our journey, the separation and how we got back to being close together with Ed Sheran's Perfect playing in the background. The penultimate slide read, "Now that we're back together, it's time to take things a step further". Meanwhile all others had gathered to watch the slide show with me. Some were as unsuspecting as I was initially. While the ones he had discussed with had set their phone cameras to record the event. Fortunately, we had a professional camera person amongst us. He had come to film another colleague who was celebrating at the same venue. King had smartly cornered him to take pictures. The last slide on the slideshow read, "So Chidiogo...will you marry me?" 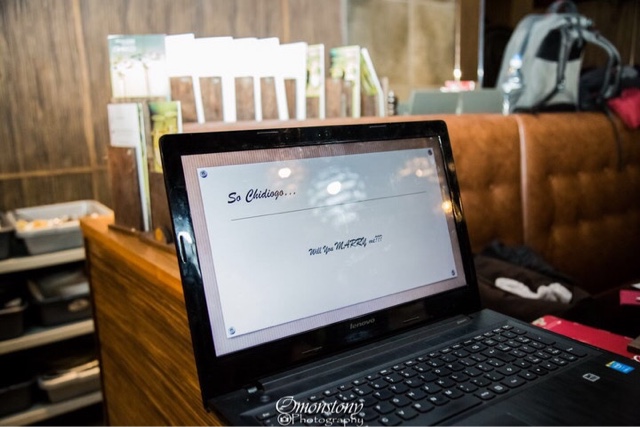 People around were screaming as they brought out their phones for pictures. At this point I was all tears. I was red. He had knelt down beside me and brought out the ring. I was still crying. He asked again while a voice in the background echoed, "We are waiting for an answer". I then said "yes of course", gave my left hand, hugged him and I was engaged. 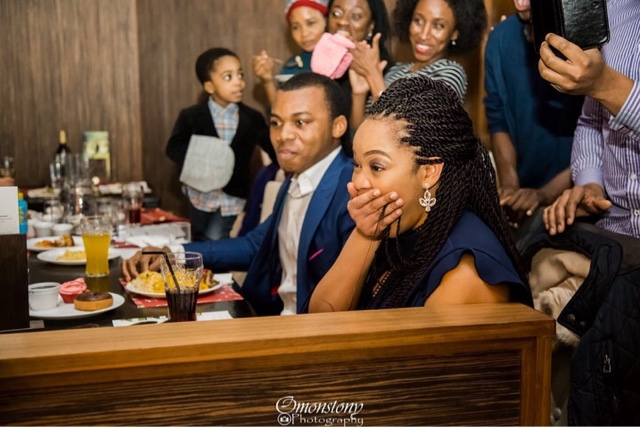 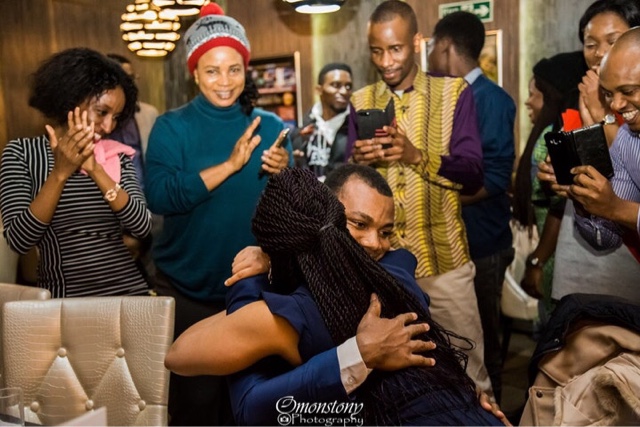 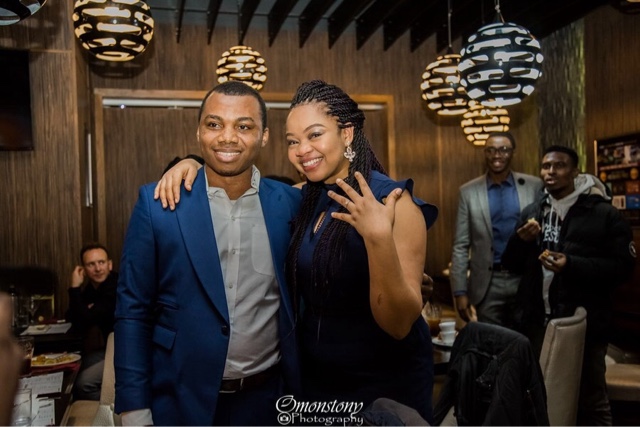 Congrats Chidiogo!!! Ive been following your love story, its a really interesting one. I think I can steal this proposal idea ��