One For The Books (Night At Cream Slices) 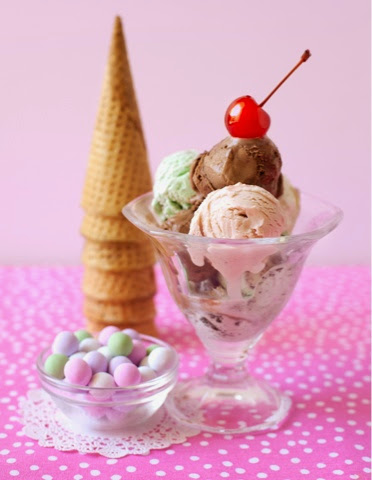 It really feels good to eat some ice cream and not have to confess my sins after. In fact, this time I even asked for extra and didn't feel guilty at all.

Last night, I went with my bosom friends to this ice cream shop called Cream Slices. It was the in-thing in Lagos for one of them before Coldstone came in and filled the whole place. I particularly refused to go to Coldstone 'cause last time I ate their ice cream, I felt so guilty I couldn't finish it. Really, as I downed each scoop, I calculated how much calories was entering my system and how much exercise I needed to do as penance. So this time around, I asked to go somewhere else. It was somewhere in Surulere (see below), a small house, kind of like a small coffee shop. Just had 2 rooms with about three round tables each. 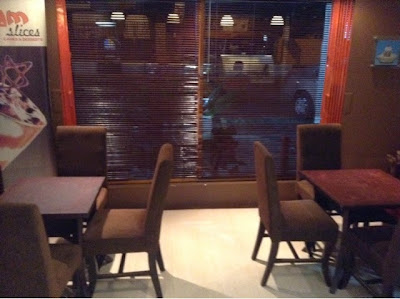 The aroma from the door was inviting. I had a variety of flavors to choose from and I was permitted to taste before ordering. I thought that was cool. So I tasted Berry blah-blah, Rocky blah-blah, Blueberry blah-blah and Butter Pecan. I already knew how Vanilla tasted 'cause that has been my favourite flavour ever since I was like 8. I remember doing a TV commercial for one unpopular drink, Energen drink and I was to say, 'Mom, I like vanilla' and I really preferred the vanilla flavour to the chocolate and coffee flavours it had. Well, if you ever saw the advert, on Minaj TV and some stations in Anambra, that little girl that radiated so bright as the sun— yeah, that was me. Those days, once the advert began, my siblings would call me and I'll scurry to the parlor to watch myself on TV. It was amazing and surprising too to see how fair I was. 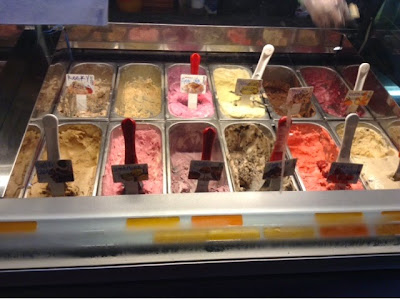 So for my first round, I ordered for Vanilla and Butter Pecan. It was heavenly. Sorry, I withdraw that. It can't be heavenly. Nothing can be compared with heaven, so let's say it was delectable. I also had Red Velvet, Chocolate and Queen cup cakes with my friends. We took pictures, had lots of fun. And asked for more. The second time, I ordered for the Blueberry without tasting it. I was already feeling like a joker 'cause it was like I was tasting everything. It tasted like cough syrup. I quickly dropped it. Thank God my friend loved it, so I just handed it over and ordered for the Rocky blah-blah after having a taste. I had learnt my lesson. And this time I didn't care if I had to taste all the flavours to make up my mind on the one to go with. It turned out nice but still didn't beat my beloved Vanilla. It had a lot of grains in it. I think I could recognize some nuts and something unchewable, guess it was cocoa 'cause it was dark like chocolate, but hard. My friend said that's why it is called Rocky. The salespersons were nice. The background music was cool too. The serene environ— a good place to have a date and the prices were good too. *wink* 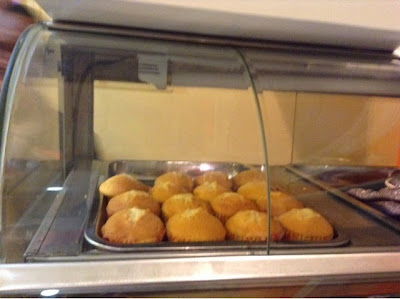 I wasn't asked to do this. But, good things are good. That's why I'll recommend them any day, any time. Just that they have to obey the commandment of multiplying and filling the earth, if they won't be swallowed up by Coldstone 'cause it's fast taking dominion over the Ice cream world. Bon appetite!

Email ThisBlogThis!Share to TwitterShare to FacebookShare to Pinterest
Labels: My memoirs

I think u should always remain with your favourite #Vanilla.

I think u should always remain with your favourite #Vanilla.

I agree. Cream slices is a lovely place to hang out and their customer service is amazing. did you try tagging them on this post? maybe on facebook? i'm sure they would appreciate it.
Now you've got me salivating...and I hope you hit the treadmill soon afterwards? lol...