How Good Is The Love Feeling? 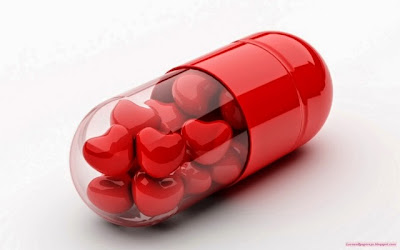 She can't concentrate at work. She has exams, but she can't read. She's always checking her phone for missed calls even though it's been close to her and on 'Loud' profile. She behaves crazy and they say she's crazy in love. She's actually mad, and it's that she's madly in love. She dreams every night now. And it's of her in her wedding dress or honey moon or carrying her baby.

Wait! He hasn't even declared any interest yet. But she has solved all the puzzles in her mind by substituting him for x. She picks up her phone to call, but that's not right. She doesn't want to seem desperate, so she drops it and sits tight. She waits so long she feels sick. Alright, maybe a chat will do. She sends a hi on Whatsapp and it's taking some time to deliver. She switches off her phone and puts it back on and it's saying the same thing. She removes her battery, waits a little while and fixes it back and then this time she's lucky. She waits like a hungry dog panting with salivary tongue dropping, hoping to get a hello soon enough. Two minutes is gone, and five. She hisses at every passing minute. She nearly flips her wig. She's done this for two weeks and all because he'd said he liked her company. And she likes his too. But then, she's been with him only twice since and he said nothing more than she's fun to be with.

She gets back to her senses. She hits her head. She saves the money she was planning to spend on a new hair. After all, she just made this one thirteen days ago and it still looks good. She goes to the movies with her girlfriends. She notices other guys' passes at her. She grouches, 'What the hell? Is he the only man in the world?'

And then he calls, but she doesn't  pick. She is not madly in love, she is mad at him. How could he have let her go through that emotional trauma. And that's what they call 'Love'? No wonder Brick & Lace said Love Is Wicked. And Leona calls it Bleeding Love. But she knows it's supposed to be a beautiful thing. Beyoncé was Drunk In Love. 'But if it's such a beautiful thing, why do we fall into it, like a trap', she questions, 'Is love all about the mawkish, mushy, lovey-dovey feeling? What some call butterflies in the tummy? How good is the love feeling?'

Well, I don't know about feelings. All I know is what love is: 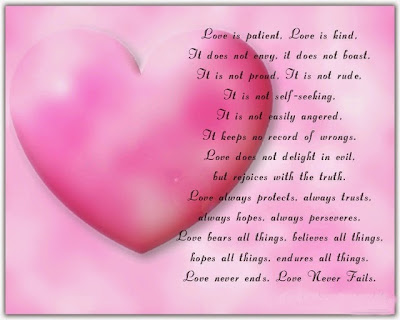 Email ThisBlogThis!Share to TwitterShare to FacebookShare to Pinterest
Labels: love, My Thoughts

You know you like her, she's all you ever wanted. Or is she? But you barely know her. Your head reminds you. 'Oh shut up' retorts the heart, 'this feels good'. 'Aha! You know you've been here before, keep feeling....' the head replies as he walks off. Is love all about the mushy feelings?

Maybe it isn't. Which leads first? The head or the heart? Question for the gods abi? Love isn't a feeling, 'cause feelings come and they go. They are hopelessly dependent on how you are feeling at the present. Love like Paul my brother says is patient. An elderly friend once advised me to run with someone long enough until you can see them sweat.

So let's say we give 'love' a break and get to know this person beyond what they have said they are. Love grows on you if you ask me. Love is when after you have seen the good, bad and ugly you decide you still want in. Ask God about giving his son for worthless man. Trust me, it wasn't a feeling. Love is a verb...

Cheers to another beautiful piece!

Beautiful...i love this-"She has solved all the puzzles in her head by substituting him for x"

Nice one sis. I can relate. Well done
@Nnamdi, nice one too.

great write up once again from Chidiogo the writer, well done. " He hasn't even declared any interest yet. But she has solved all the puzzles in her mind by substituting him for x.". what more can one say except to read in between the lines. the guy involved here is certainly a player, a pro..., a lot of caution in dealing with such dude who knows how best to turn *the hunter to the hunted*, lol, all the same, its all part of learning if truly the actress in this scenario have been able to "gets back to her senses...", but again, by not picking up his phone call when he eventually called have also denied the actress the opportunity to get along with a likely pre rehearsed lines of lies or a genuine reasons and or excuses.

Oh wow!....I love this writeup....I could visualize her thoughts and frustrations...Wow!...buh you know, personally I don't think she should have waited for him to come to her, I mean, why wait for 2 weeks?...Anyhoo...warm blog. I read 2 of your previous posts and I loved them.

I believe that luv is a gift of nature..but why does it hurts so much like a hot soup?