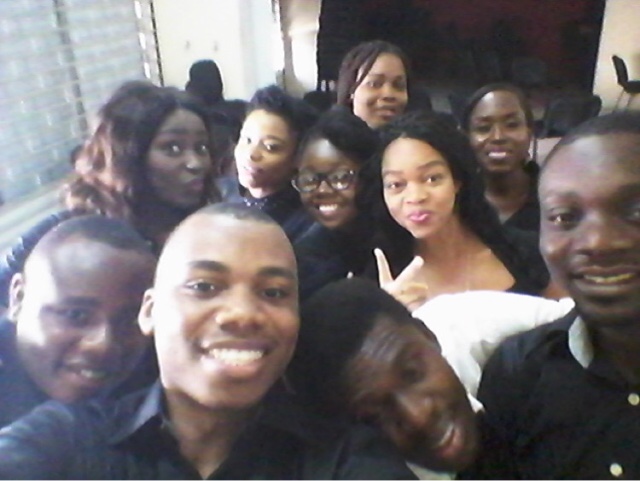 Finally, I made up my mind to join C4 – the Covenant Christian Centre Choir – after observing from the congregation for about 2 years. A call was made for an audition of new members so I took the chance. Among the many called, I made the cut of the chosen few who began the induction process. At the end of the classes, we were split into 2 groups and asked to compose and perform a song as the final part of our induction process within 2 weeks. It was the kind of challenge I liked but I wasn’t expecting to see fingers pointed at me when it was time to choose a group leader. Gosh! A few people who knew me from my campus fellowship were in my group.

Anyway, we got to work. We decided on a theme for the song we would compose and to present suggestions through our Whatsapp group over the week. I observed there was a certain lady who kept sending voice notes and lyrics of her compositions even during work hours. It was nice to see someone shared such enthusiasm about the project but I felt we could do better as a group. So I would point her in the direction of what to change or to think of something entirely different. This happened several times but she didn’t stop. In the end, we worked on a composition by another member of the group. Having lost out on the song composition, she then suggested we could add a rap verse and sent in her lyrics. “Alright,” I said, “you will perform your rap when next we meet.”

The weekend came and we had to start learning the song due to the tight delivery schedule. I did look out for her to know who this bubbly person was. I eventually saw her and thought to myself, “She’s fine sha...but hey! no distractions; focus on the business at hand.” However, she caught my attention again. Another lady in the group had presented the rap part better than her. First I had rejected her song compositions and now chosen someone else to perform her rap, yet she remained cheerful all through…no drama. This made me think, “There must be something about this girl” but I kept my cool; we had a task to complete.

The day to deliver came, thankfully the Music Director scored us higher than the other group. Afterwards, we were formally inducted to the choir and asked to introduce ourselves, including relationship status. OK! I specifically listened for her turn and when it came, she said “it’s complicated”. Hian! What does that mean? Well, her good conduct activated the FBI in me. For starters, I had to make her my friend; I wanted to know more about her. That was the beginning of many dramatic events that have since unfolded.

Stay tuned!
~ King
The picture above is the picture of our new choristers group on the day we were to perform our original song. Next post is on how we became friends and if you want to know why I said my relationship was complicated, make sure to check next week for my next post. Please let's talk below. I like to see comments.
Radiant ~ October 2018
- October 13, 2018

🤣🤣interesting! Looking forward to the next one

Which year was that? Cos my YALI friend had an eye on her oo :-) Well done King

Let's have the next one already! Congrats dear

Am so loving this story!

I love me a Jack & Jill story. Looking forward to the next episode!!