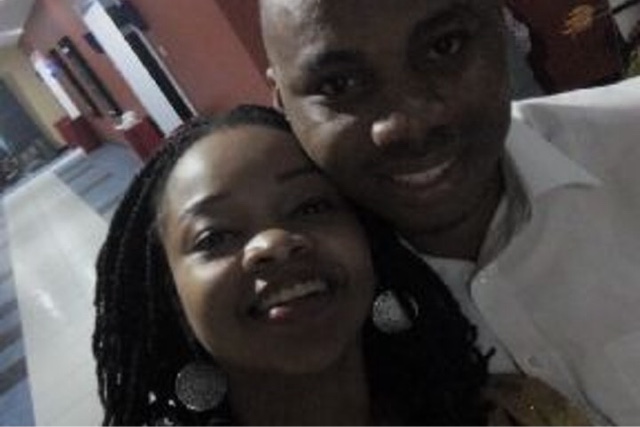 King:
I couldn't believe what I heard that night. Well, she was right since I wasn't ready "...but now I am", I told her. I tried to convince her but didn't achieve much. Normally, I would join the mid-week service online from the office but the following day, I decided to go to church so I could see her. I had left the office early but by the time I arrived, it was like nothing happened there; no thanks to third mainland bridge traffic. I headed straight to her abode hoping she would be back home but she wasn't. I decided to wait but guess what? Her new guy came to drop her off while I was in my car watching. Chai! See my life. In my mind I was thinking: Where did they go? What has he bought for her? I have to reciprocate whatever gesture that guy has shown. So when she eventually came over, I opened the door for her to get in; I was taking her out.

We got to somewhere serene where I told her to order for anything she wanted while I was arranging words in my head. That night, I spoke all the English I knew trying just to get her to see things from my point of view. All she said, in the end, was that she now understood me better and would spare some thought. Well, I had a foot in the door but not quite there yet. I kept up the chase until weeks later, she told me she had let the other guy go and would give me a chance. I wished I could do backflips at that point. My joy was however shortlived as she rang me the following morning to tell me not to call her again. Nawa o! This battle is not yet won. What next? I resorted to text messages, after all, she only said no calls. When she was travelling, I offered to drive her to the park, before I went to work. I tried to take advantage of any opportunity to get close to her.

Now, here's the interesting part. I was descending the bridge into Obalende on my way to the office one morning. There was slow moving traffic. Chidiogo's call came in and she went straight to the point: "What is your vision for your life?" When she found out I was driving she said I could tell her later but I declined: "I will answer you now", I said. There were many sides to that question. First, I was impressed; no one had challenged me like that in the past. Second, it made me feel, this girl surely has a good head on her shoulder. My level of respect for her shot to the roof. Also, that question could throw any guy off if he was not prepared. But I was. I had an acronym for my goals: AFCRS meaning Academic, Financial, Career, Relationship (which would later become Marriage) and Spiritual. I later found out she recorded as I took my time to explain each of them and how she would fit in. That moment could have passed for a final interview with a multinational. This, I believe, was the deal breaker.

Radiant:
The relationship between me and the other guy died a natural death without communication. However, as King and I had a basic foundation of friendship, we still communicated with regards to editing the blog, helping my Masters application or other things not related to romance. Gradually, and without actually saying yes to a relationship, it was obvious we had a relationship. He had proven his seriousness. But little did we know we had another test just ahead.

Lucky u bro, she sure has more than a good head on her shoulders. Have a blissful life ahead, chi.