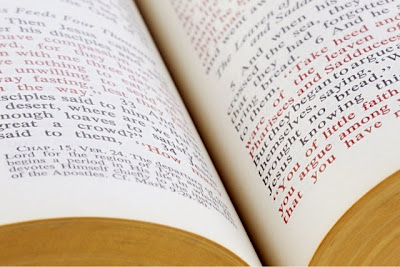 Body of message
Pastor started his message with the parable of the sower, explaining that 'in God's kingdom, equal opportunities don't give birth to equal results', just as the different situations received the same seed and yielded different results. Even the good land yielded in different measures. He emphasized that the seed is the Word of God. And therefore, in God's kingdom, whatever success will be birthed will be by sowing the Word of God. And like the Bible explained, the seeds that fell by the wayside and were eaten by the birds of the field represent those that heard the word but didn't understand it. He cited an example saying that he was talking to someone about the schedule for the upcoming WAFBEC and he said that after some sermons, then there'll be prayer sessions and the person was like, the prayer session is the most important part. He then said that for people like that, while the message is going on, they will be less interested because they are waiting for time for prayers and so the seed will be stolen from their hearts immediately.

The second situation was about the land that sprouted quickly but could not survive the scotching heat of the sun because it had no depth. He explained that the sun was very important for the growth of any plant due to the principle of photosynthesis. Without the sun, the seed won't germinate. But in the Kingdom, the sun represents trials and temptations. That is why James said we should rejoice and be glad when we face various trials and tribulations. He said, quoting Jesus words, 'tribulation or persecution arises because of the word'. Meaning that they come to help the word that has been sown grow.

The third situation, which he called the worst situation was that of the seed that was cast among thorns. When it grew, it was choked to death. And the Bible says the thorns were the cares of this world and the deceitfulness of riches. He discussed further that this is far worse because, the seed germinated i.e the man because of the word became successful, but became deceived by the riches he had and got choked. He explained that when people become successful and then start giving excuses of being so busy that they cannot come to listen to the word or pray, they are beginning to get choked by their wealth.

The fourth seed was sown in fertile ground and bore fruit in different measures. Bible says that the ground is the heart. Pastor explained further that when a seed is sown into the ground, it demands nutrients from the ground. Likening it to when we plant our vision in our hearts, we call forth the earth to supply the help needed to bring it to pass. Those helps may be in the form of the relationships we have. He admonished us not to ever break good relationships for money because 'the wealthiest man is the man with the most powerful relationships'. We are to live in peace with all men, even if you don't agree with them.

He pointed out that the saying that the tree is in the seed and the forest in the tree is wrong. Because if you break the seed, you won't find any tree in it. More so, if you leave a seed on the table, you will never get a tree out of it. It is until you plant it in a fertile ground and rain falls, that you get the tree from it. So he said, part of the tree is in the rain, part is in the ground. And so that's where prayer comes in. He said, in the scriptures, the rain is connected to prayer. For example Bible says, 'ask The Lord for rain in it's season'. Also, Elijah prayed for rain. So, when we have sown our seeds into our hearts by proclaiming the word of God, we call forth the rains of heaven through prayer. We are not allowed to water our seed by our own foot. He said that that is what the people of the world do. They understand that they need to sow seeds, so they plant their vision in their heart by the power of the human spirit, but then they water it by using their own hands to bring it to pass. They seek connections, and do everything they can. He said that that was what Moses tried to do initially, when he went out by his own hand to deliver the people of Israel. By doing that he elongated their stay by 30yrs, when God had promised they will leave after 400 yrs. (it was on the 390th yr that he felt the calling in his heart to deliver the people of Israel. Had it been he prayed about it, God would have shown him how He was going to do it. But since he thought it was by his own hand that God will deliver and he went out watering the seed by his foot, God had to send him to the wilderness for 40yrs to undo the influence of the past 40yrs of staying in Egypt).

In summary, the message of today is basic. Sow the vision(birthed by the Word of God) in your heart through confession, pray for God's rain and continue what you are doing. The earth by itself will yield the increase.

....Evangelist Chidiogo the writer, great reportage and analysis. you wont believe that i was caught up some days back in our house fellowship, and since i didn't prepare for the evening, i quickly opened up this particular write up on my device and poured out what i have read to the house, everybody was so blessed.