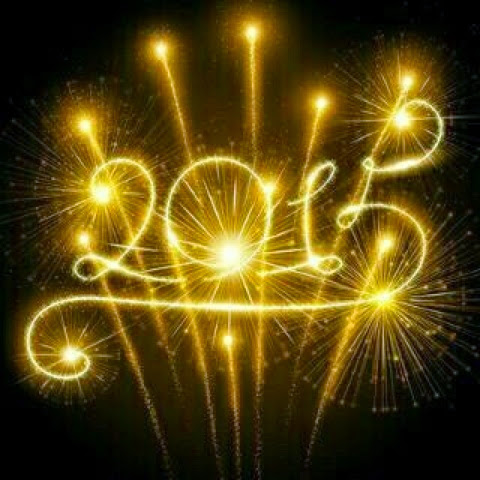 This morning, as I scrolled down a few BCs I had received on BBM, I stumbled on one that piqued my interest. It read, 'do you know that it is possible to get into the toilet and not come out till the following year?' I was curious to know how interesting this story was that the chap just had to send it to me on a new year day, instead of wishing me a splendid year like others were doing. So I read along. 'Just try and enter the toilet by 11:59pm and come out after a minute'. Oh! A minute to new year, that was the catch. Smart! Really smart joke. But who would like to spend the last minute of his life in 2014 in the loo? Just thinking.

I spent my last hours in church as most Christians do yearly on New Year's Eve at what we call Cross Over Night or Sevice. That was my first cross over service ever because, up until last year which was last night, I spent my New Year's Eve at home with family. Mom would wake us up by 11pm to pray and prophesy into the new year. By five minutes to 12am, we were done with the prayers and we'd make a beeline for our bangers (knock-outs as we called them) and position ourselves in different areas of the compound. But over the past few years, we've only observed others throw their knock-outs and shoot their fireworks because somehow we believe that we have outgrown throwing knock-outs. Now the best we can do is stand on the balcony and watch in amazement, the various forms of fireworks in the air.

So service started at 9am. We had prayers, dancing sessions of praise and worship, special song ministrations and when it was three minutes to 12, a countdown clock was projected on the screens and then we chanted the countdown from 5 secs. 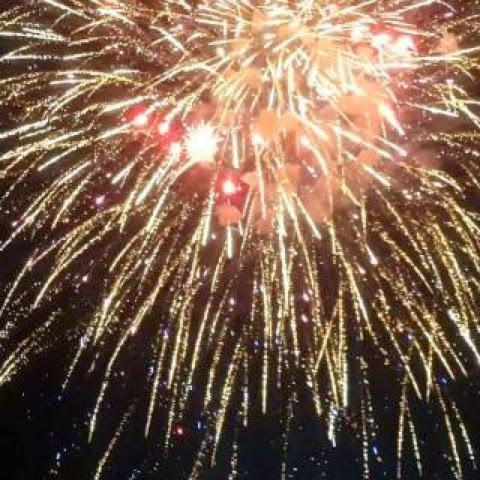 and the altar was set ablaze with fireworks. Well, the kinds that litter the air with ribbons and colored papers like the ones bridesmaids use to usher in their wedding couple, plus the type you see on cakes that start to burn as soon as the celebrant cuts the cake and stops when they stop smiling. But these were bigger ones that were planted round about the altar and were remote controlled I guess. It was too beautiful. I'm so sorry I couldn't take a picture. I was too busy reveling in the moment and my phone was acting up at that time too.

Then the almighty fireworks. Ah! But they were outside the church building. I could only watch from the screens. For a moment, I envied those that couldn't make it early enough to sit inside the church building. They devoured the whole thing. Some people rushed out to observe the fireworks. Were I sitting close to the door, I might have done the same. Others prayed, worshipped, hugged each other, sang unto God for bringing them into a new year. I was torn between rushing out to observe the fireworks and joining the people in the church to give thanks to God. Finally, after much struggle within me, I chose to stay back and give thanks. There was shouting everywhere. Welcome to 2015! From today, yesterday and the days before will be referred to as last year.

I pray for more insight and inspiration to continue to be a blessing to you guys through my writings. Thank you for your support last year. It means a lot to me. Let's do this again this year and even better.

Email ThisBlogThis!Share to TwitterShare to FacebookShare to Pinterest
Labels: My Thoughts

God's gonna give you the insight and the inspiration you have asked for. And also give us the grace to continue tapping knowledge from you.
Many happy returns this year!

Your truly a blessing...